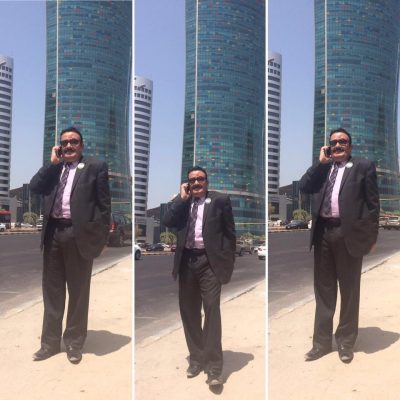 live in :Egypt-Cairo ,Sohag and Washington .
-He holds a Bachelor of Law, University of Assiut in1991
-He holds postgraduate studies in criminal law professional
master in international criminal law ,professional doctorate in international criminal law, and many postgraduate degrees and training courses
– holds a certificate in international arbitration of the Swiss Confederation
– holds a certificate in human development HR
– holds a graduate of Cairo University in the diplomatic Science and consular – holds a postgraduate in the fight against cyber crime
– Previous positions :-
judicial counselor and adviser to the State of Kuwait
– lawyer of cassation and constitutional Supreme
– Chairman of the Board of Youth and Sport Management
– Ambassador of Egypt relations, trademarks and member of the University of Inuo and Forum Nobel for International Peace
– Ambassador of government Internatioanl Washington The ambassador of world peace organization Internatioanl in Washington
– and the High Commissioner of the Organization of BoD in Vienna
– Head of External Relations of League of Arab states for more than an Arab Union
-Ambassador of Italy Rice organization for Egypt and Middle East .
– Senator of the International Parliament(2017).
-international lawyer at the International Criminal Court and the International Court of Justice.
He completed a Doctor of Public Policy (D.P.P.) in Diplomatic and Consular Affairs, with externships at European University in Geneva Switzerland and Cairo University (2014), and doctoral project on “Diplomatic Relations and Joint Operations Between Inter-Governmental Organizations”, from the Crown Institute of Geopolitics and Diplomacy (2017)..
He holds multiple Expert Certifications for Judiciary enforcement including: Criminal Sciences from Assiut University (2011); and Cyber Criminology from Cairo University (2012).
He began his legal career as a Solicitor Advocate, accredited as a Trial Advocate for litigation in the Court of First Instance (1995), High Court of Appeals (2000), and also the Supreme Court of Cassation of the Republic of Egypt (2011). He is an accredited International Arbitration Judge with the Swiss Association of Arbitration (2012), certified by the Geneva Centre for International Arbitration (2014), appointed as Commercial Arbitration Judge with the Egyptian Chamber of Mediation and Arbitration, and registered with the Ministry of Justice of Egypt. (Not a presiding judge of the SCIJ High Court.)
He was elected as Member of Parliament (MP) of the People’s Assembly of the Cities of Juhayna, Al-Maragha and Saqultah of the Sohag Region in Egypt (2010), but not installed due to the revolution.
Judge Mahmoud is a prominent career Diplomat for many countries of the Non-Aligned Movement (NAM): Ambassador for the African Union Commission (2013-2014), an Inter-Governmental Organization (IGO) of 55 countries based in Ethiopia; Ambassador (“Head of External Relations”) for the League of Arab States (since 2014), an IGO of 22 countries based in Cairo; Ambassador of the Arab African Council for Integration and Development (AACID) of the African Royal Kingdoms Federation based in Ghana (2014-2015), a UN-registered civil society organization (CSO).
He is Ambassador at Large and Commissioner of Human Rights for the World Service Authority (WSA) of the Universal Human Rights Organization (since 2015), a UN-registered “international organization” founded in 1954 based in Washington DC, operating the successful World Citizenship Passport program, promoting individual liberties through the exercise of protected human rights.
He is Ambassador at Large and High Commissioner of the Brotherhood of Dragons (since 2015), a UN-registered International Charity Organization (ICO) based in Vienna, holding Observer status in the UN Economic and Social Council, with diplomatic status and established diplomatic relations with the European Union and African Union.
He is also Ambassador of Trademark Rights for the International Nobel Peace Prize Recommendation Forum (INPPRF) of International Non-Olympic University (INOU) in India (since 2015). He is a Member of the Egyptian Council for Human Rights (ECHR) (since 2014).
Current profession:
Ambassador and Minister for Global Peace and Prosperity at the IGO Diplomatic Mission
(international employee)
Kind regards.